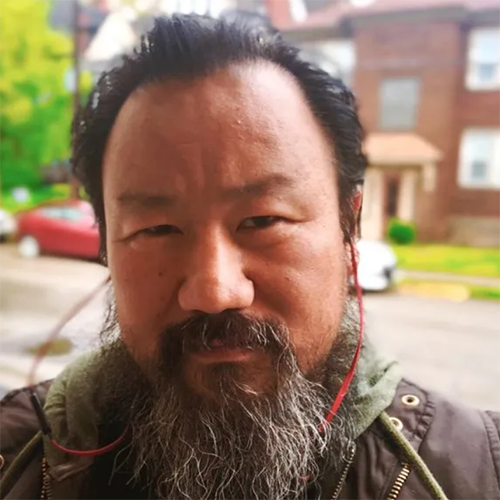 Chiwan Choi is the author of 3 books of poetry, The Flood (Tía Chucha Press, 2010), Abductions (Writ Large Press, 2012), and The Yellow House (CCM, 2017). He wrote, presented, and destroyed the novel Ghostmaker throughout the course of 2015. His poems and essays have appeared in numerous journals and magazines, including The New York Times Magazine, ONTHEBUS, Esquire.com, and The Nervous Breakdown. Chiwan is a partner at Writ Large Press and a member of The Accomplices. Chiwan was born in Seoul, Korea, spent his early childhood in Asunción, Paraguay, and now splits his time between Pittsburgh and Los Angeles. He is currently working on a new book, my name is wolf. 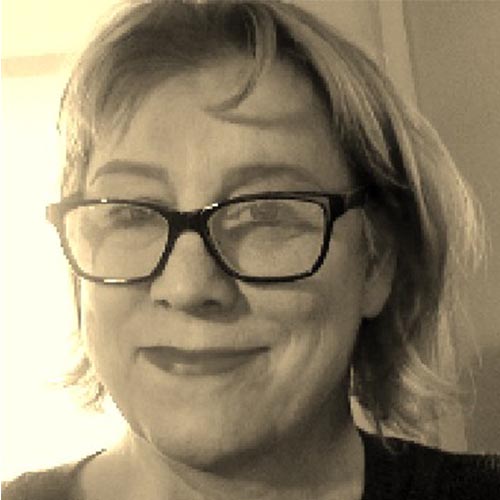 Ann Palazzo received her B.A. from University of Michigan and her M.A. (Writing and American Literature) from the University of Notre Dame. Her anthology of short stories, Fireflies, won the William L. Mitchell Award for Distinguished Graduate Thesis, she was awarded the Columbus State Community College Distinguished Teaching Award 2005, and she was mentioned as an Outstanding Educator in Ohio Magazine (February 2005). Her fiction and poetry have been published in quirky little literary journals with improbable names. She teaches creative writing, creative nonfiction, and fiction courses at Columbus State. 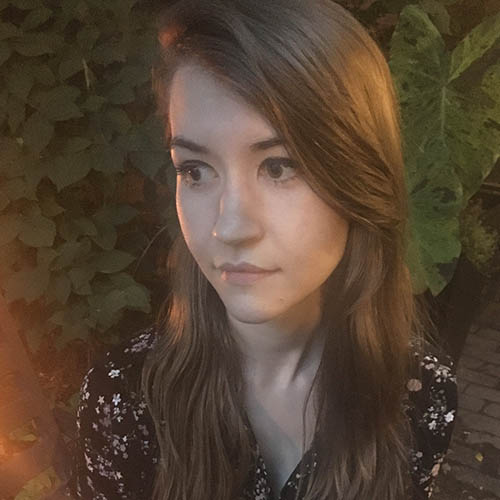 Natalie Kopp is a Columbus-based writer and an instructor and PhD student at Ohio State, where she teaches courses on composition and digital media. She also runs a Columbus-based reading series for creative writers whose work deals with mental illness. Her essays and interviews have appeared in Pangyrus, The Partially Examined Life, McSweeney’s online, and other publications. 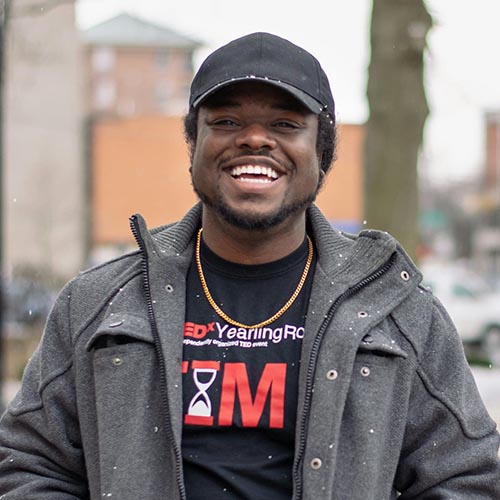 Donte Woods-Spikes began working with youth in the Near Eastside of Columbus Ohio in 2011. His first youth project, A Talk With Our Sons consisted of youtube video interviews with young Black male youth and life experiences within the city. As the project gained recognition, Woods-Spikes was selected to give a TEDxColumbus Talk titled Young Black Men Not Left Out Again.

Woods-Spikes also mentors young children. He created a documentary titled Donte & Day’Mariah, which highlighted his journey mentoring a young Black girl and the dynamics and benefits of cross-gendered mentorship.

Woods-Spikes worked at a community center then transitioned into the Columbus city schools as a teacher's aid for three years. One of those years took place during the COVID-19 pandemic which inspired him to write his book So. Long. Unfinished Good-byes with the Children of COVID-19. His time is now devoted to professional development and contract work with schools to create diverse inclusive environments for all children. 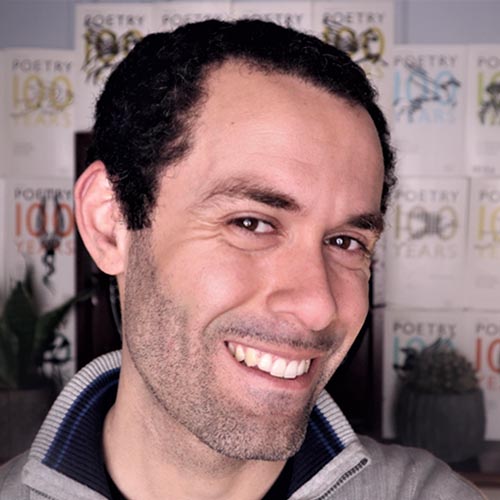 Geoff Anderson is a Callaloo fellow, a Philly native, and a father. He runs poetry shows and retreats especially dedicated to showcasing and developing the work of minority poets in Columbus, Ohio. His published poems can be found in Ninth Letter, The Journal, Tar River, and www.andersongeoff.com. 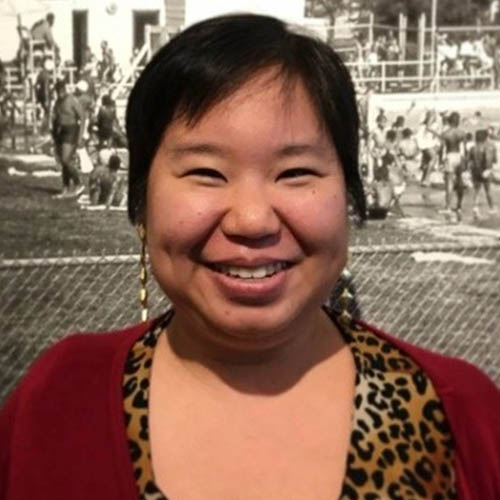 Sayuri Ayers is an essayist and poet from Columbus, Ohio. Her work was recently featured in Gulf Stream Magazine, Hippocampus Magazine, and Parentheses Journal and has been nominated for the Pushcart Prize and Best of the Net. She is the author of three poetry collections: The Woman, The River (Porkbelly Press, forthcoming in 2023), Mother/Wound (Full/Crescent Press, 2020), and Radish Legs, Duck Feet (Green Bottle Press, 2016) and one creative nonfiction collection, The Maiden in the Moon (Porkbelly Press, forthcoming in 2022). In 2020, Sayuri received the Ohio Arts Council's Individual Excellence Award for creative nonfiction. She has also received grants from The Ohio Arts Council and the Greater Columbus Arts Council. She is now a Blackburn Fellow in Randolph College's MFA program.To learn more, visit sayuriayers.com. 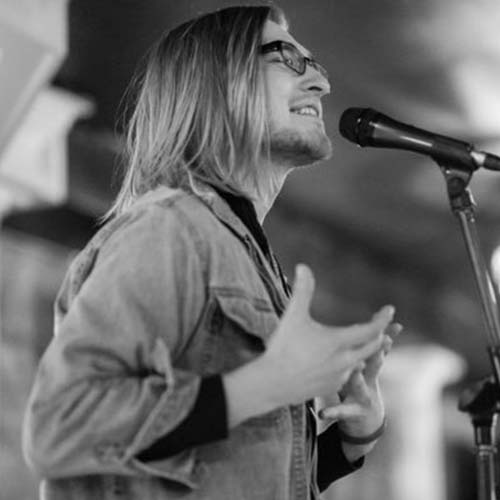 Joy David (they/them) is a Ukrainian-American writer living in Cleveland, Ohio, where they work as a geneticist in a lab studying diabetes and rare pediatric endocrine disorders. In their spare time they serve as Chief Poetry Critic for the Cleveland Review of Books and edit for Flypaper. Their debut chapbook Hibernation Highway was released in 2020 by Madhouse Press. Individual pieces by Joy can be found in The Harvard Review, Colorado Review, 68to05, Salt Hill, Muzzle, Waxwing, Passages North, and elsewhere. 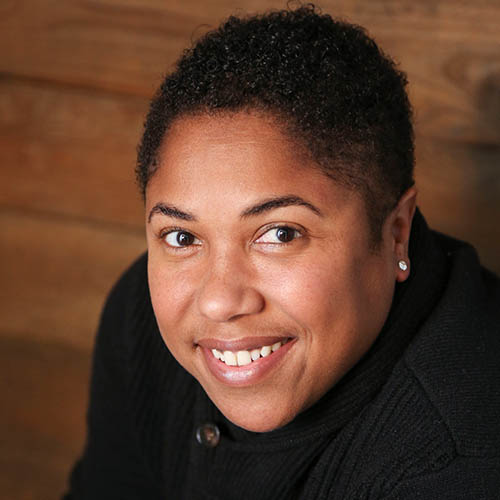 Karen Hewitt is a perpetual learner and educator. Ze thrives in building community and relationships that expand the individual, the community, and organizations. Karen is a practitioner and facilitator in the spaces of Leadership Development, Organizational Development, Transformative Justice and Healing. Specific to Diversity Management, Karen specializes in Anti-Racism, Gender and Sexuality, and Intersectionality. She is a non negotiable stand for the most marginalized and centers the experiences of Black, Queer, Trans, Enby (Non-Binary), and NGC (Non Gender Conforming) individuals and communities. She is an invitation into what is possible.

Ze is a published author, poet, creative, and musician. Karen's articles have appeared in the Columbus Dispatch, Cultural Daily, The Buckeye Flame and most recently, the Leadership Columbus' monthly blog. Karen Marie is her pen name and she was one of eleven authors published in a collective work entitled, The Black Woman's Guide to Love and Business. She has also published two poetry books, Grounded (2018) and Fire: Poetic Memoirs of a Movement (2021). Karen is a 2020 recipient of the Create Columbus Columbus Visionary Award, a 2021 Cohort Poet in Scott Woods' Rhapsody and Refrain, an ensemble member to Counterfeit Madison's 2020 Aretha Franklin Tribute and was recently named a 2022 Columbus CEO Future 50 cohort member. Karen Marie is preparing for her book launch show for her second poetry book and ze will be performing at the Lincoln Theatre, April 2nd, 2022. 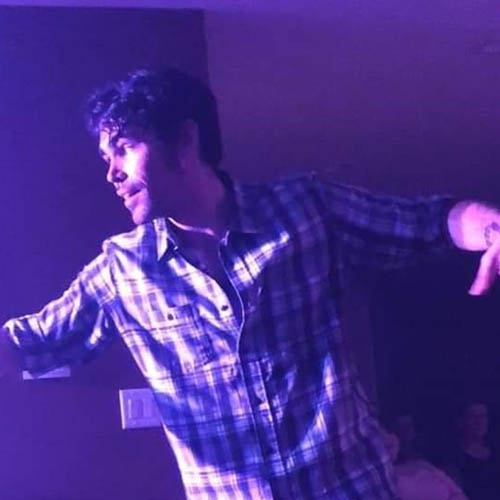 A Portsmouth, Ohio expat, Zach Hannah has been performing his feather pillow-meets-anvil style of poetry in Columbus for over a decade, having featured at legendary poetry spaces as the Writers' Block Poetry Night, Streetlight Guild, The Poetry Forum, The Ness Open Mic Experience, and more.