The Columbus State Military and Veterans Services Department provides individualized enrollment and referral services to assist community members in successfully meeting their educational and career goals. We are committed to providing uncompromising service by adhering to the highest standards of compassion, commitment, excellence, professionalism, integrity, accountability and stewardship. 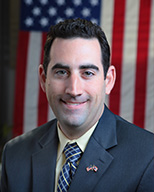 Jay is the Manager of the Military & Veteran Services Dept. here at Columbus State. He is an Army Veteran of multiple overseas combat deployments and a current member of The U.S. Army Reserves. He earned a BA in History from The State University of New York at Potsdam and an MBA from Park University. He is also a graduate of The U.S. Army John F. Kennedy Special Warfare Center and School, The U.S. Army Military Police School and U.S. Army Command & General Staff College. He also holds a Masters Certificate in Stability, Security & Development in Complex Operations from the Naval Postgraduate School. Jay served four years with the 10th Mountain Division (LI) and later worked at The Ohio State University as an Assistant Professor of Military Science and Leadership for four years prior to joining the Columbus State team. Jay is an avid high performance boater and enjoys coaching youth hockey in his free time. Jay is also a member of the National Association of 10th Mountain Division (LI), Disabled American Veterans (Capital City Chapter 3) and The European Paratroopers Association.

"Here's my strategy on the Cold War: We win, they lose." 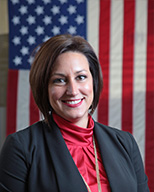 Nichole is the Military and Veterans Advisor here at Columbus State. She has been active in Higher Education for over eight years. Prior to Columbus State, Nichole worked at Franklin University as a School Certifying Official and Academic Advisor. She attended Saint Francis University on a volleyball scholarship and earned her BS in Sociology/Criminal Justice. Nichole spends most of her time following her three kids around to their sporting events.

Consistent with Department of Defense standards, Columbus State does not engage in high-pressure or deceptive recruitment practices such as unsolicited or harassing phone calls and enticement with valuable goods and services. This excludes scholarships that help students afford college.