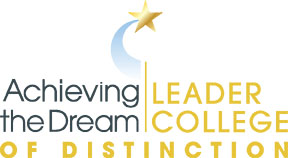 The recognition follows Columbus State’s recognition by ATD in 2019 as its Leah Meyer Austin Award winner for student performance improvement, its highest honor bestowed annually. The College first became an ATD Leader College in 2015 based on its commitment to accelerating student success and moves up from that designation to become a Leader College of Distinction.

ATD recognized Columbus State as a Leader College of Distinction for four-year performance improvement rates from 2015-2018 among first-time-ever-in-college African-American and Hispanic students, including a breakout for solely African-American males.

“It is such an honor to continue our work with ATD toward aggressive continuous improvement of our student outcomes,” said Dr. David Harrison, Columbus State president. “We don’t do it for the recognition, but for the partnership and accountability ATD brings to the table. We are proud to be making progress on our journey toward eliminating performance gaps within our student populations.”

“Accelerating improvement in student success outcomes is difficult work and requires a sustained commitment from the entire college community. Small but national recognitions like this one are important for affirming and applauding the often unsung and behind the scenes work of these institutions,” said Dr. Karen A. Stout, president and CEO of Achieving the Dream.

Columbus State Leader College of Distinction status is based on the reduction in performance gaps among first-time-ever-in-college students by:

Achieving the Dream leads a national network of more than 200 community colleges dedicated to helping their students, particularly low-income students and students of color, achieve their goals for academic success, personal growth, and economic opportunity. Achieving the Dream is working toward closing achievement gaps and accelerating student success through a change process that builds colleges' institutional capacities in seven critical areas. More than 100 coaches and advisors and 15 state policy teams are working throughout 35 states and the District of Columbia to help Achieving the Dream reach more than 4 million community college students.

As a national leader, Columbus State is the only community college in the nation to earn ATD Leader College status, develop next-generation academic and career pathways as part of the American Association of Community Colleges (AACC) Guided Pathways, and to be entrusted with developing a new credentialing model through the AACC Right Signals Initiative.

(Below, 12 members of the Columbus State community were on hand in National Harbor, Maryland on February 20 when the the Leader College of Distinction honors were formally announced.) 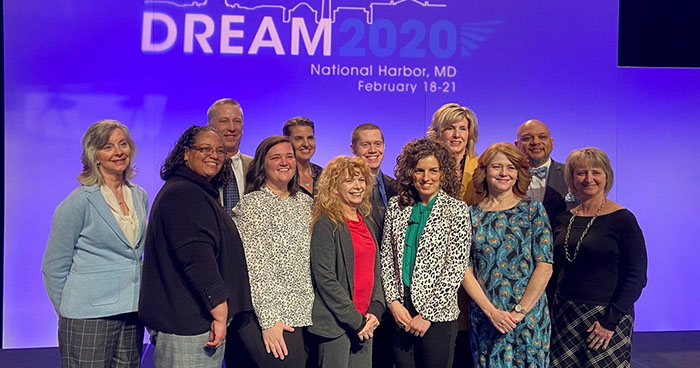