Staff Employee of the Month 2022 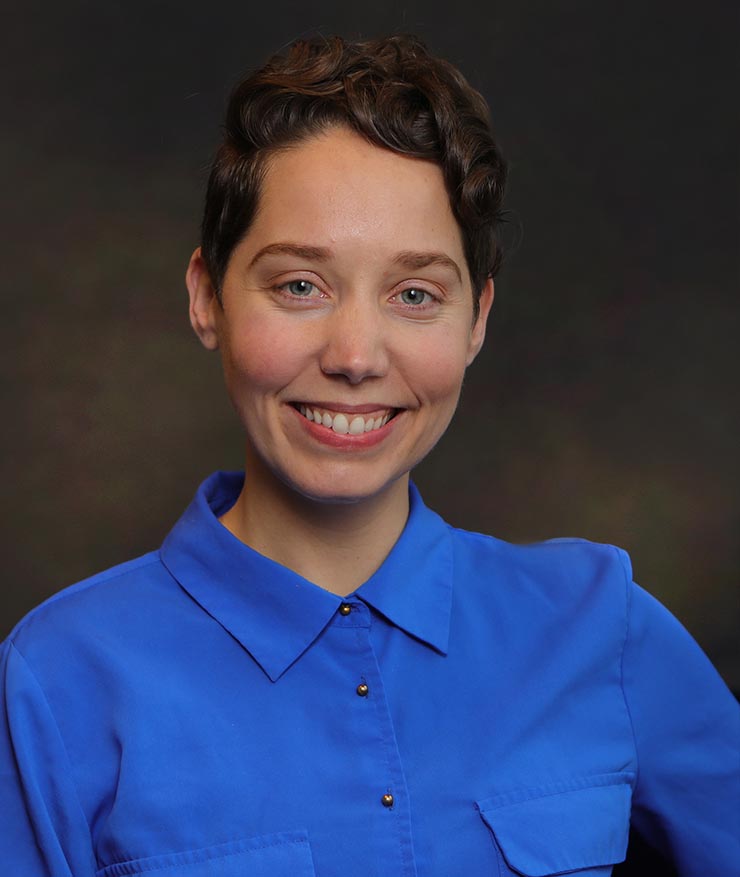 Jenna James, videographer, was named the January Staff Employee of the Month. James started at the College in 2019 and was nominated by Pam Bishop, advisor to the Columbus State Foundation for her work on an ongoing series of videos she has produced for the non-profit arm of the College. “’Magical’ is the word we tend to describe Jenna in most conversations,” Bishop wrote in her nomination form. “She may think she is just adding music, transitions, and graphics, but what she is really doing is educating and engaging on a very emotional level, and the ripple effect of those videos can have increased financial contributions to the Foundation.” 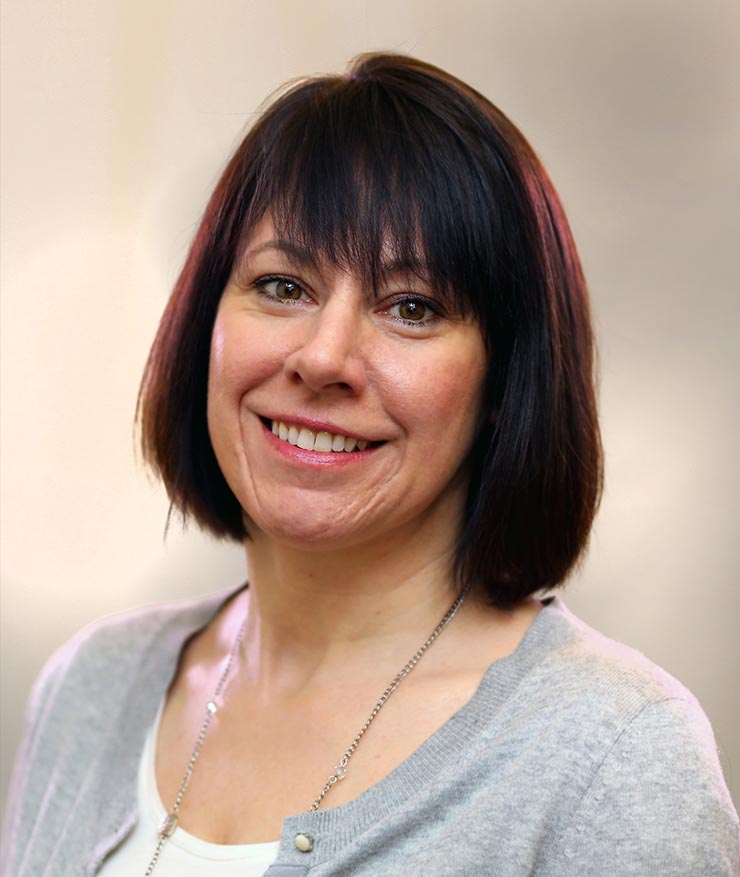 Molly Sidelinger, business partner in Labor & Employee Relations, was named the February Staff Employee of the Month. She came to Columbus State in the summer of 2018. An anonymous employee in Professional Development & Retention nominated her, writing, “As we are returning to work, the role of the business partners has expanded to include responding to health assessments completed by employees and students. She has taken on these additional tasks while still providing the same level of support. Kristen Treadway, executive director of Human Resources and Sidlinger’s supervisor, says, “Molly has worked long evenings, weekends, and early mornings to support the community to help determine who is safe to come to campus, and when to close buildings and classrooms to perform deep cleaning.”

Dianna Brackbill, specialist in International Student Services, is the March Staff Employee of the Month. She has been with Columbus State since 2013. She was nominated byStephanie Albrecht, executive director of Student Central. In her nomination form, Albrecht pointed out that Brackbill works with many students who are new to the United States and knows that every dollar matters for them. Albrecht said, “she was able to help several students to correct and update information making them eligible for funding from Reclaim Your Future to help with tuition. Dianna’s work meant that several students could take additional credit hours.” Brackbill’s supervisor,JoYin Tang, wrote, “Her role requires her to handle sensitive information and immigration documentation, and she demonstrates professionalism and integrity at all times.” 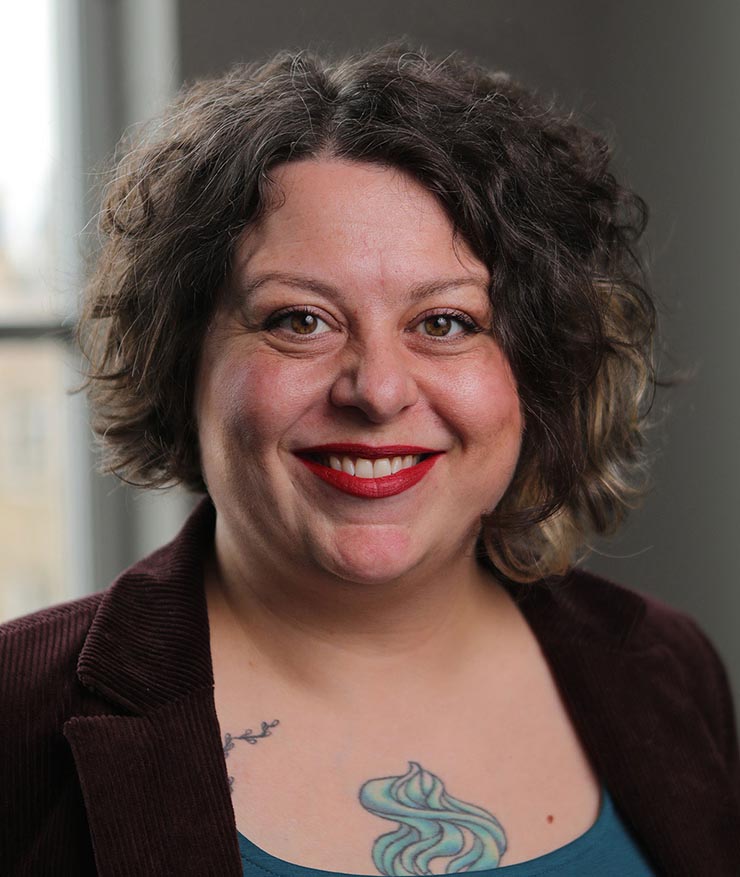 A counselor and advocate in Victim Advocacy was named as the Staff Employee of the Month at last week’s First Wednesday. Corey Harris joined the College in 2016. Her responsibilities include supporting domestic or sexual violence victims through Title IX proceedings, accompanying survivors while pressing charges, and providing counseling referrals.

She was nominated by her supervisor, Terrence Brooks, senior director of Student Engagement, Leadership, and Inclusion. In his nomination form, Brooks said Harris has made a commitment to increase awareness of her services. In addition, she has partnered with Hospitality Services in the Rescuing Leftover Cuisine program. That ongoing effort provides hundreds of meals to individuals living in supportive housing for domestic violence victims. 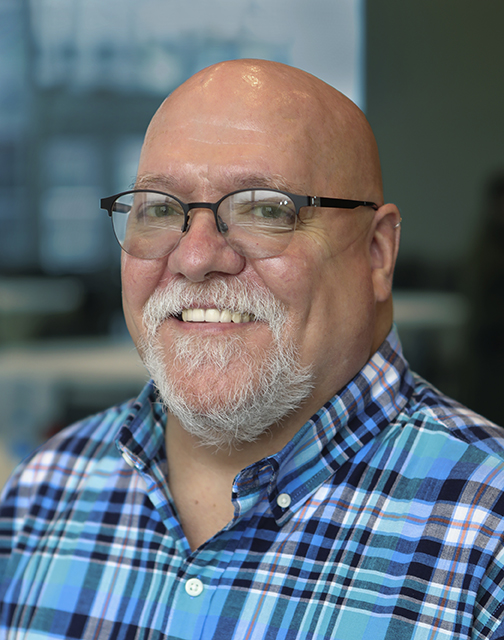 The Staff Employee of the Month, who was announced at last week’s First Wednesday, has been with the College since 1999. Nick Tice is an accountant with Grants Accounting & Reporting. He was nominated by Bruce Walters, a business advisor with the Small Business Development Center. “Nick is Columbus State’s ‘Most Valuable Player’ because he’s part of so many teams, not just ours, all of which depend on him to serve as umpire, referee, and scorekeeper,” said Walters in his nomination form. And Walter wrote, “He fosters stronger relationships beyond Columbus State’s walls.”

Supervisor Tamara Daniels said Tice "is constantly working to be a good steward for the College by making sure he keeps all informed of any grant changes with guidelines and procedures. He is the unit’s ‘go-to’ person.” 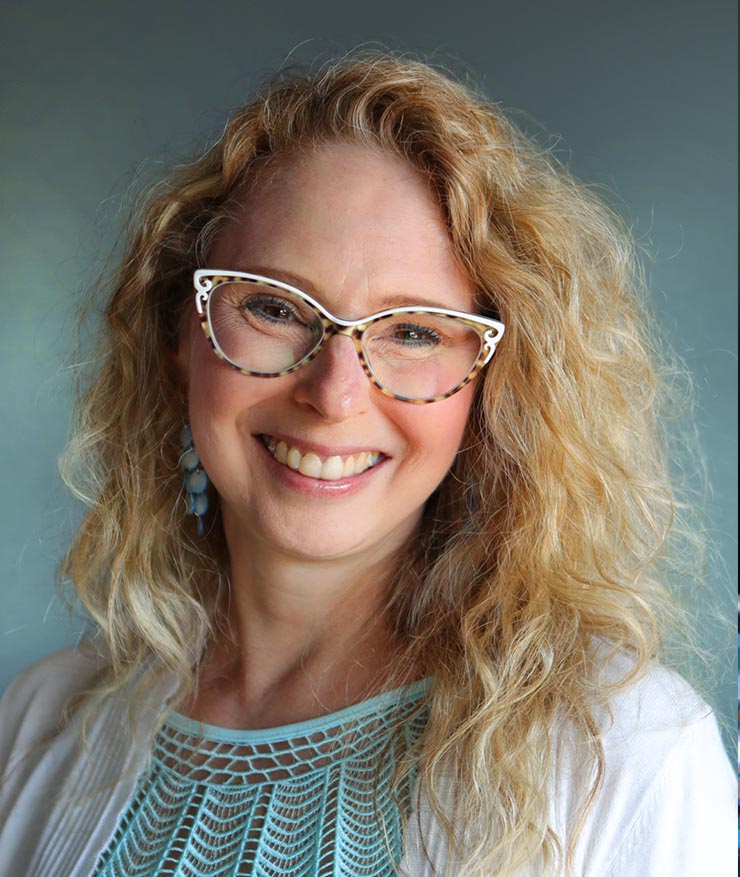 A Career Services counselor who has been at Columbus State for nearly eight years was named the latest Staff Employee of the Month at last week’s First Wednesday. Julie Collet was nominated by fellow counselor Amy Hawkins. In her nomination form, Hawkins said Collet has been “instrumental in student success resulting in 95% of Modern Manufacturing Work Study students being hired and a 33% increase in information Technology Flexible Apprenticeship student hiring.”

Jeremy Banta, assistant professor of Supply Chain Management, provided a letter of support for the nomination. Banta said, “Julie’s dedication to the students and her job is immeasurable, as is how much she helps students daily.” Collet’s supervisor, Leslie Melton, said, “The phrase ‘above and beyond’ most certainly applies to Julie Collet.” 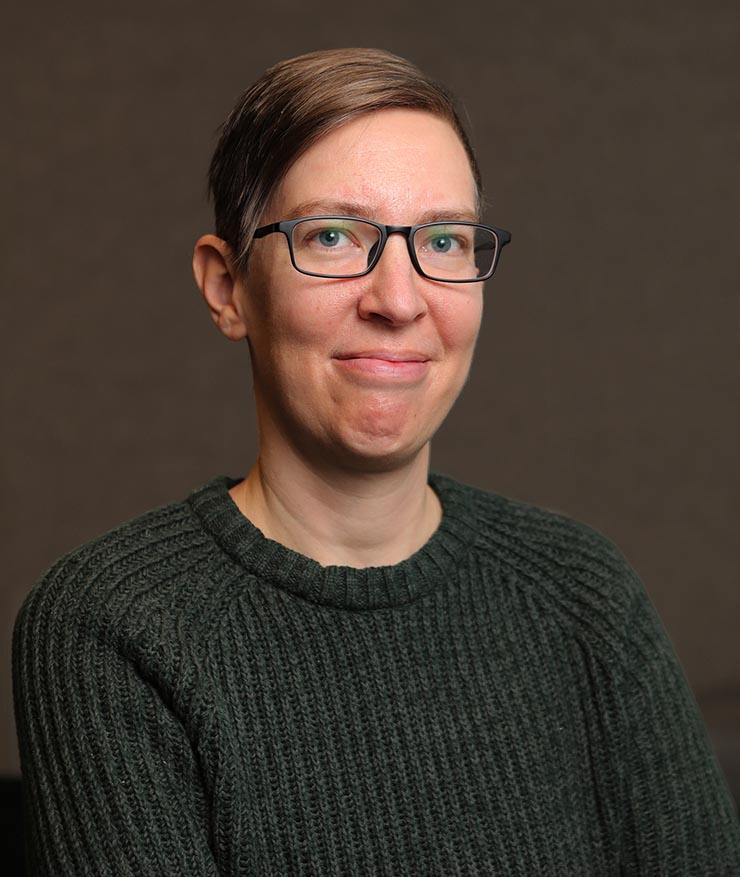 Rachel Yoder, Information Technology technician, was named February’s Part-time Staff Employee of the Month. She came to Columbus State in 2010 and began working in the IT Support Center. She is now part of the Knowledge and Training team and was nominated byMichelle Guendelsberger, IT program coordinator, and four colleagues. Guendelsberger’s nomination says, “When we found out (in 2020) the campuses were closing, Rachel worked tirelessly to help write and edit Knowledge Base articles for our College technology at a record pace. The new resources provided step-by-step directions for employees to be successful with remote work. She also assisted with the Online 101 resource for students. She is a true team player and always willing to help with any task that comes her way. 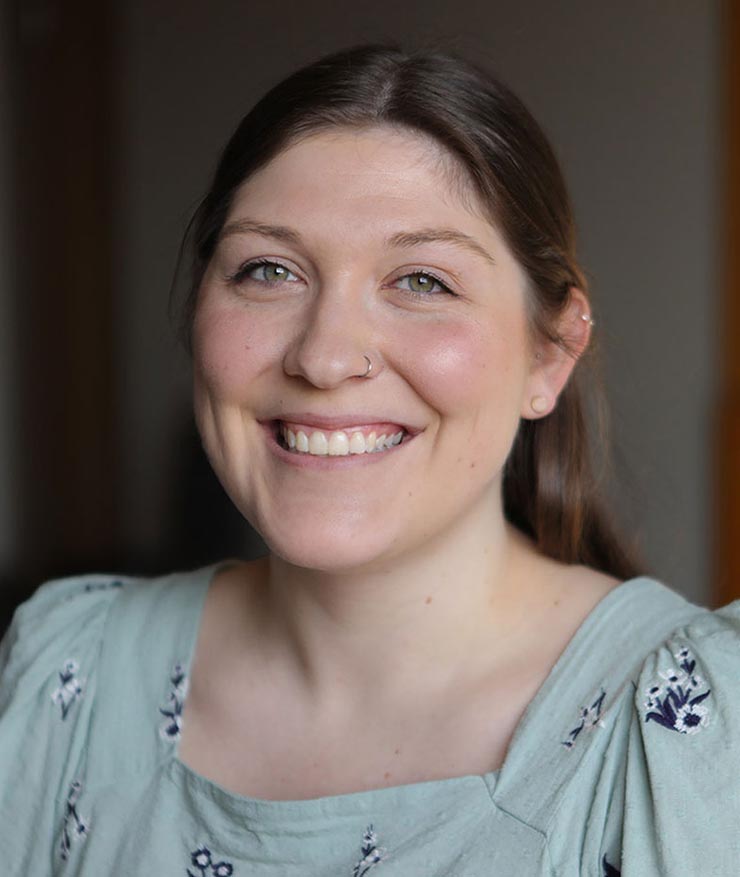 The Part-time Staff Employee of the month is Morgan Becker. She has been with the College since 2019 and serves as the practicum coordinator of the Early Childhood program. She was nominated by Professor Christine Creagh, who pointed out in her nomination letter that placing students at early learning centers was “no easy task” during the pandemic. “Morgan went above and beyond to locate new sites and develop creative opportunities for students to stay on track toward graduating,” said Creagh. Stacey Raymond, Becker’s supervisor and Human Services chairperson, said, “Morgan was able to think outside the box and work closely with faculty to come up with solutions that enabled our students to complete the hours necessary for graduation.” 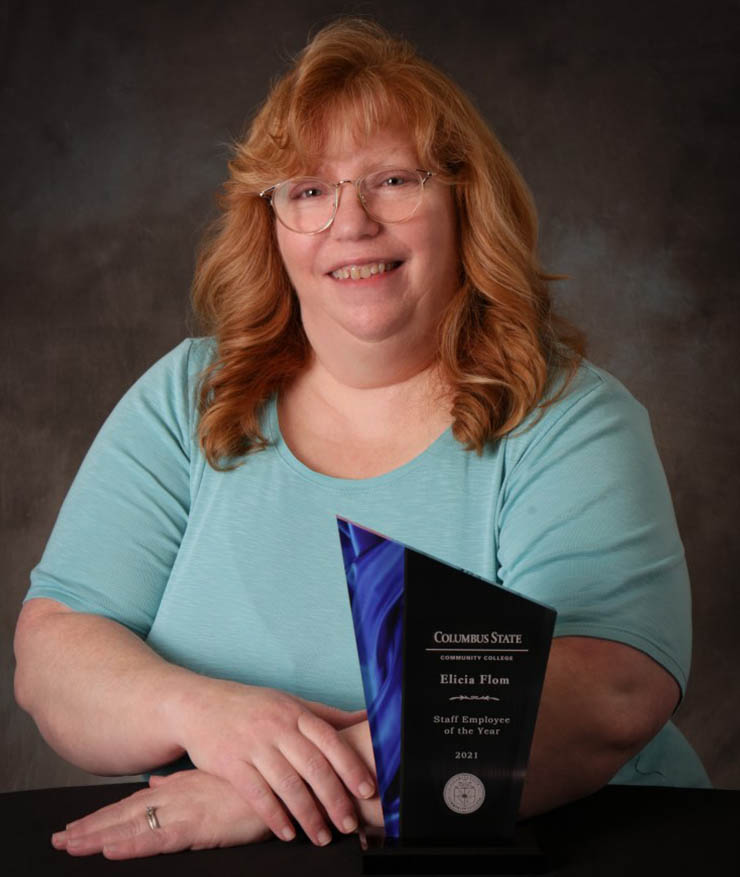 Tara writes, "Elicia’s commitment and enthusiasm for her work and Columbus State goes above and beyond. She supports non-credit instructors to help them become better educators and to ensure all students experience a high-quality learning environment. Elicia brings curiosity and joy to her work. She truly loves instructional design, learning new subjects, and creating holistic courses and learning objects that will shape the student experience. Elicia has worked tirelessly to assist students, instructors, and multiple teams at Columbus State to build and sustain our non-credit, workplace skills programs. Elicia thinks about what the student should be getting out of every moment of the class and works to mitigate any barriers that might prevent them from getting that full experience. Thus, the learning objects Elicia crafts employ best practices in Universal Design and Accessibility, are compatible across multiple computer systems, and utilize learner-centered pedagogy."

Staff employees can be nominated for Staff Employee of the Month for making a difference to Columbus State, going above and beyond expectations, excelling as a team player, or striving to bring out the Columbus State “spirit” in others. To nominate a colleague, click on the forms below.

2021 Staff Empoyee of the Month page

2020 Staff Empoyee of the Month page

2019 Staff Employee of the Month page

2018 Staff Employee of the Month page