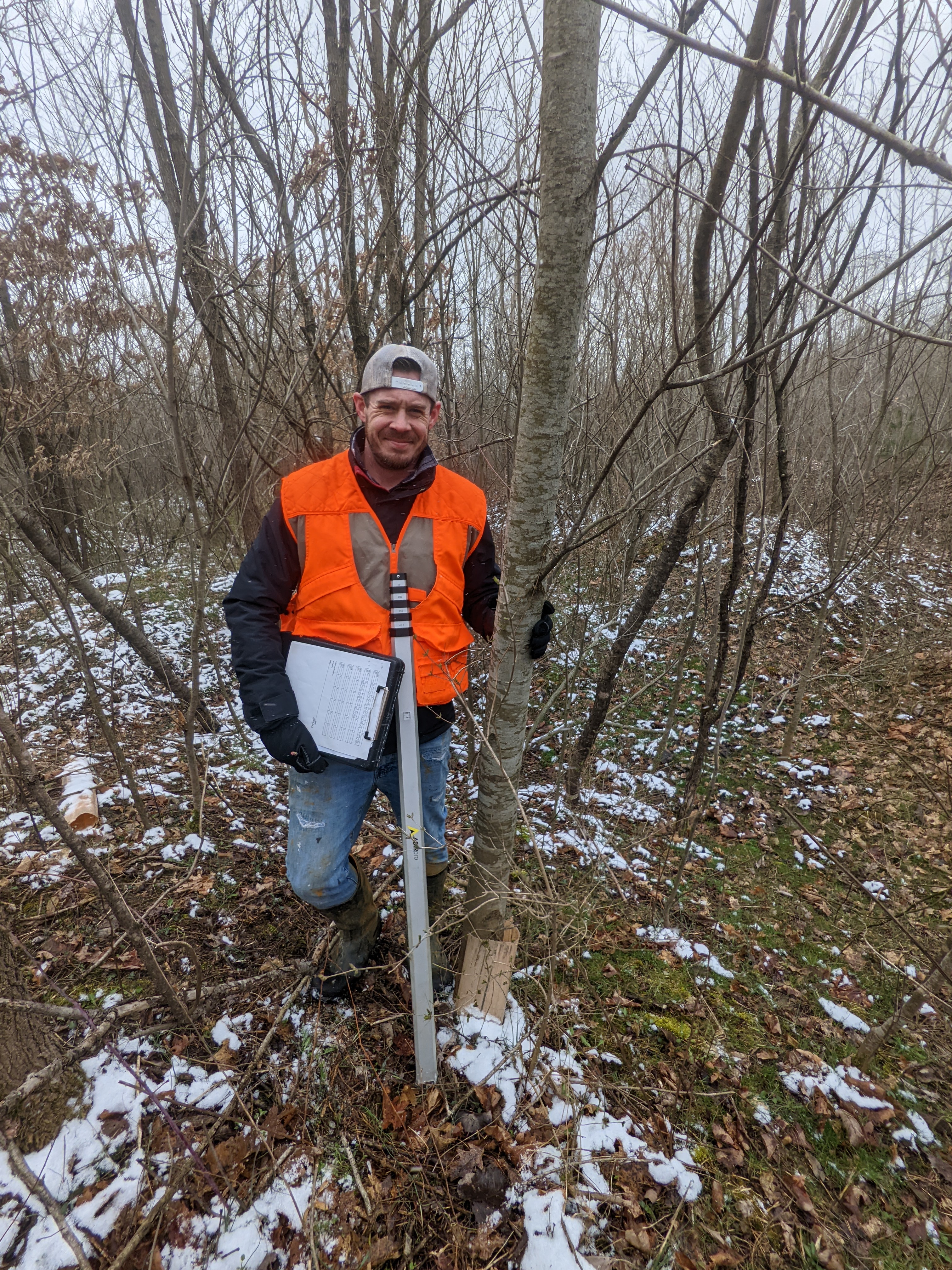 These chestnut trees probably won’t make it. But data collected by a Columbus State student may help the next generation grow tall.

On March 27, Columbus State student Zachary Griffith assisted Biology Instructor Ryan Homsher with supplemental data collection of American chestnuts at Jockey Hollow Wildlife Area in eastern Ohio. That information will be cited “per comm” in the forthcoming paper “Castanea dentata Interactions and Ectomycorrhizal Colonization in Novel Ecosystems” by Jenise Baumen, Jennifer Franklin, and Amy Santas. It will be published in Ecological Restoration.

Griffith will graduate in Autumn 2022 with an Associate of Science in Biology, and was looking for a research project as he prepares to transfer to a four-year college. Griffith was recruited for the project by Ryan Homsher, a Biology instructor at Columbus State’s Delaware Campus. Homsher worked on the original mine reclamation project 10 years ago and has been monitoring this stand of trees ever since.

American chestnuts were common in colonial-era America, and early Ohio settlers looked forward to their yearly bounty of chestnuts. Chestnut wood was known for being straight and strong. But since the blight struck, the American chestnut is nearly extinct.

“It is depressing,” Griffith says. “I didn’t understand how fundamental the American chestnut was. It was a huge market for the Appalachian region.”

Griffith’s data indicates that the biggest chestnut trees had the most extensive fungal networks under their roots. This suggests the fungal mats help the trees, and might indicate ways to bring the missing trees back to their native land.

The site at Jockey Hollow is part of an ongoing research project. The research focuses on American chestnut restoration and forest succession in response to the end-dump surface mine land reclamation method. For more information on efforts to bring the iconic American chestnut back to Appalachian forests, check out The American Chestnut Foundation website.